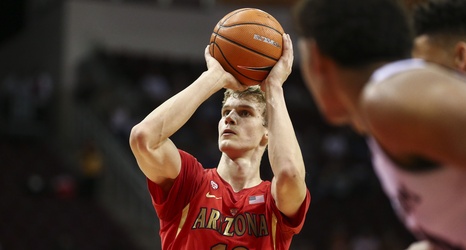 Omaha, NE - JUNE 28: A general view of an Arizona Wildcats glove and cap on the bench in the dugout, prior to game two of the College World Series Championship Series against the Coastal Carolina Chanticleers on June 28, 2016 at TD Ameritrade Park in Omaha, Nebraska. (Photo by Peter Aiken/Getty Images)

Adjusting to his role as the head coach of Arizona Baseball, Chip Hale and the Wildcats are beginning to recruit more local talent.

It has been an eventful month or so for Arizona Baseball as the Wildcats have fully transitioned from the Jay Johnson era to the Chip Hale era here in Tucson.