Arizona avenges loss to Washington, holds off Huskies in first round of Pac-12 Tournament 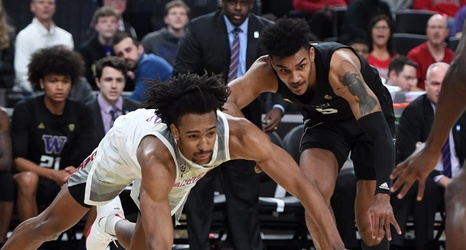 After an embarrassing home loss to last-place Washington to end the regular season, the Arizona Wildcats could have easily just called it a season and mailed in their Pac-12 Tournament performance. Instead, they played like a team with something to prove, not just to their opponent but to everyone who’d questioned them all season long.

Fifth-seeded Arizona picked about No. 12 Washington’s zone from the outset, leading for all but about four minutes in a 77-70 win Wednesday afternoon in the first round of the Pac-12 tourney at T-Mobile Arena.