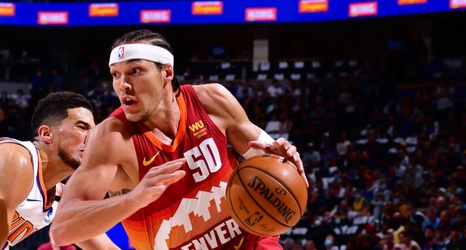 Former Arizona Wildcats forward Aaron Gordon has signed a four-year, $92 million extension with the Denver Nuggets, according to Shams Charania of The Athletic/Stadium.

The contract includes a player option for the 2025-26 season.

Denver Nuggets forward Aaron Gordon has agreed to a four-year, $92 million contract extension with the franchise, his agent Calvin Andrews of Klutch Sports told @TheAthletic @Stadium. Deal includes a player option for Gordon on the 2025-26 season.

Gordon was acquired by the Nuggets at last season’s trade deadline after spending six-and-a-half seasons with the Orlando Magic.