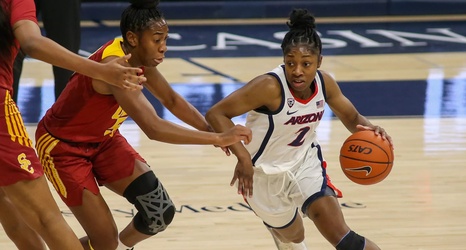 One reason Aari McDonald spurned the WNBA Draft to return for a third season with the Arizona Wildcats was so that she could prove her place as a point guard. She was one of the top scorers and defenders in the country last season, but had more turnovers than assists.

“I just want to show people that there’s more to it than me just scoring or playing defense,” she said. “I can also pass and I’ve always been a good passer.”

McDonald is proving that this season. She is averaging a career-high 4.