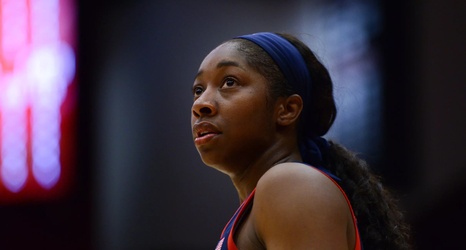 The biggest news for Arizona women’s basketball on Tuesday was supposed to be the home opener against North Dakota. It probably still is, but there was also another preseason honor for junior guard Aari McDonald to stir the interest in the Wildcats.

McDonald’s name popped up on the Wooden Award Preseason Top 30 list Tuesday morning. She has already been named preseason All-Pac-12 by the media, appeared on the Ann Meyers Drysdale Award preseason watch list for the nation’s top shooting guard, and popped up as one of the top 25 players on ESPN’s list of the best in women’s college basketball.