A Fans’ Perspective on Mike Candrea’s Career with Arizona Softball 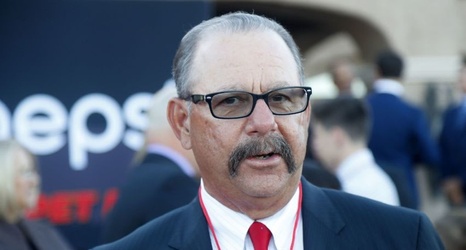 Mike Candrea speaks with reporters before the Arizona Sports Hall of Fame induction ceremony at the Scottsdale Plaza Resort in Scottsdale, Ariz. on November 1, 2018. Z6i2445

A marvelous 36-year career is officially over for former Arizona Softball head coach Mike Candrea, and we recap his run in Tucson from a fans’ perspective.

In 1985, Mike Candrea was then a young man, a former baseball player (2nd baseman), coach, and Physical Education Professor from Central Arizona College that humbly accepted the position at the University of Arizona to become the next head coach of Arizona Softball.