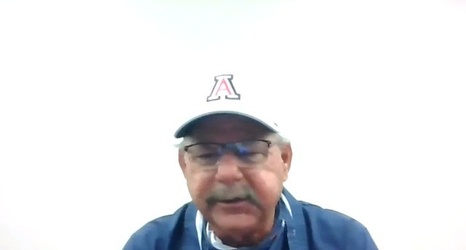 Former Wildcats Danielle O’Toole, Taylor McQuillin and Brigette del Ponte were commemorated Saturday as they returned to Hillenbrand Stadium, but it was a Sun Devil who stole the show.

Sashel Palacios hit a game-winning solo homer in the seventh inning as Team Mexico beat Arizona 3-2 to wrap up the Bear Down Fiesta.

The former ASU catcher is the older sister of current UA catcher Sharlize Palacios, who was behind the plate when Sashel crushed the first pitch she saw against Mariah Lopez off the batter’s eye in center.