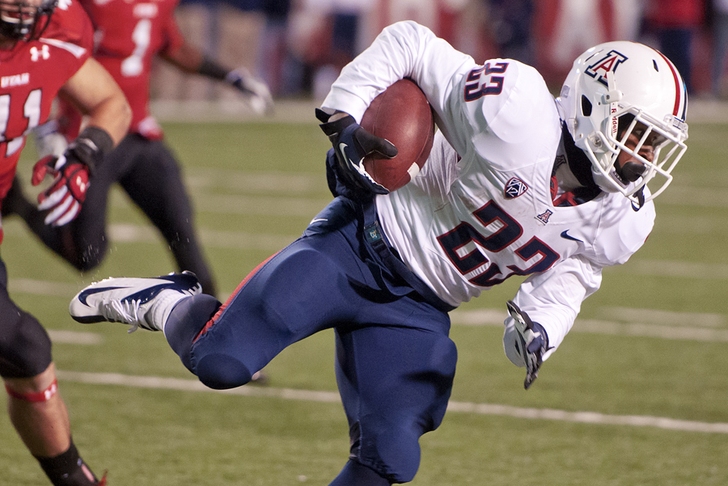 Arizona jumped out to a 21-0 lead in the first half, and also scored the game's final 21 points to close out the Utes.

The Wildcats offense was led by running back Nick Wilson, who set the tone with 20 carries for 218 yards and three touchdowns. His 75-yard touchdown run in the third quarter helped seal the win for Arizona.

Arizona remains in a three-way tie atop the Pac-12 South with Arizona State and USC. The Wildcats face the Sun Devils in their final game of the season next Friday.

Utah falls to 7-4 on the year and 4-4 in the conference. While their chances at first place in the Pac-12 South were slim to begin with, this loss no eliminates them from the running, although the Utes are bowl eligible with one game remaining against Colorado.