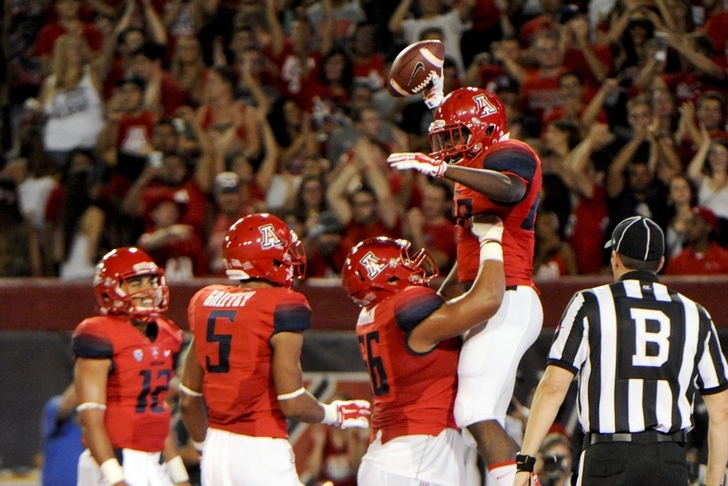 The Arizona Wildcats made a run to the Pac-12 Championship, behind freshman duo Anu Solomon and Nick Wilson. Despite a 51-13 drubbing, Arizona finished the season at 7-2, and 10-3 overall, placing them second in the Pac-12 - and ticketing them to a possible top-tier bowl game. Where will the Wildcats end up?

This destination seems obvious for the Wildcats. Not only would Arizona represent the Pac-12 as the conference's at-large team, but the Wildcats would be playing just a few hours away from their campus, assuring a huge fan turnout. It would be a surprise if Arizona didn't land here.

If Arizona isn't selected for the Fiesta Bowl for whatever reason, they will likely land in the Cotton Bowl. While the location and setup isn't as ideal as playing in Arizona, the Wildcats would still garner plenty of interest and fan support playing in Texas.

Even less likely, the Wildcats would end up in the Peach Bowl. Arizona is almost assured of receiving an at-large bid from the selection committee, so it would seem unlikely that the Wildcats drop all the way down to a Pac-12 specific bowl like the Holiday Bowl or Alamo Bowl. The Peach Bowl is no longer ACC vs. SEC exclusive, meaning it's not impossible - though unprecedented - for the Wildcats to end up in Georgia.