3 Reasons Why Arizona Is A Legitimate Final Four Contender 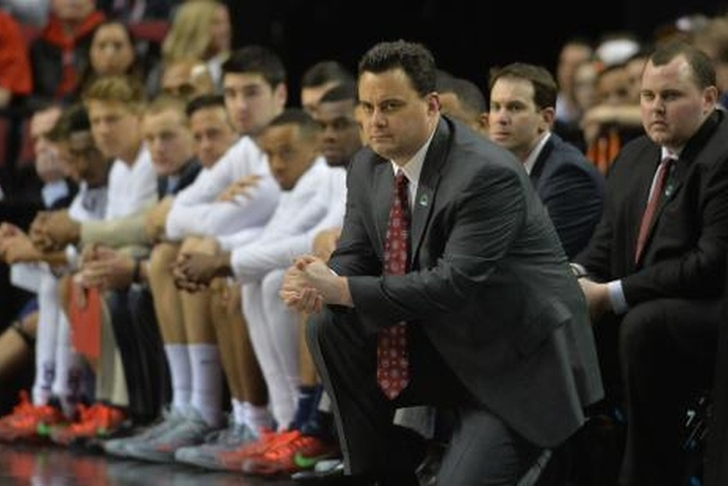 The Arizona Wildcats have made the Elite 8 each of the last two seasons, but they've yet to crack the Final Four under head coach Sean Miller. However, that could all change this season, even though the Wildcats lost four starters from last year's team. Here are three reasons why Arizona is a legitimate favorite to win the whole thing come March:

3) Defense will be strong

Arizona has been one of the best defensive teams in the country over the past few years, and that's not going to change this year. Miller is a master at teaching his defensive system and having his all on the same page at that end of the floor, and he still has seven-footer Kaleb Tarczewski to patrol the paint. The Wildcats allowed less than 60 points per game last season, and with supreme length at all five positions, they're poised to do it again this year.

For as good of a defesive team as Arizona has been, they have been equally as bad on offense. They shot just 36 percent from three-point range as a team last year and, quite frankly, couldn't hit anything that wasn't a layup. That will change this year, thanks guard Gabe York (9.2 ppg, 44 percent shooter) finally cracking the starting lineup and the arrival of stud freshmen Ray Smith and Allonzo Trier (more on him in a minute).

All three guys can effectively create their own shot, giving Arizona something they've been lacking.

Stanley Johnson was the highest-profile recruit Miller has landed as Arizona's coach, but he was unable to have the overall impact on the team everyone would have liked. That'll be different with Trier.

Trier is the kind of confident, all-around offensive player that Arizona desperately needs. He's an excellent slasher with great finishing ability around the rim, and he's also great at creating his own shot of the dribble and a knockdown, standstill shooter. He doesn't have the best shot selection, but Wildcats head coach Sean Miller will be able to make him more disciplined on the offensive end.