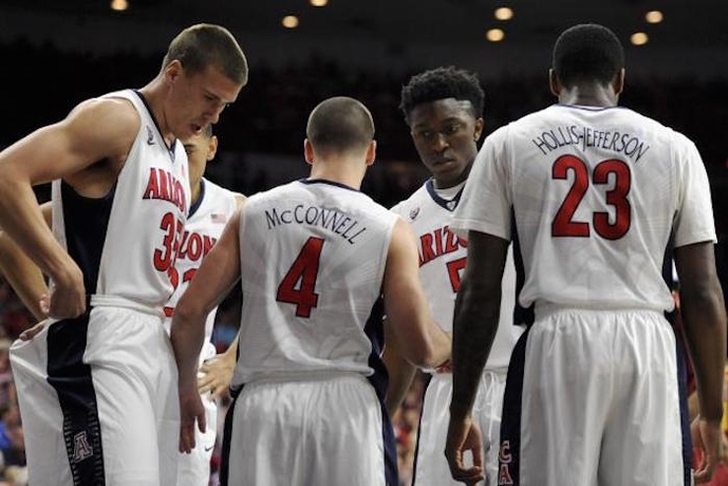 The Arizona Wildcats won both the Pac-12 regular season and tournament title. Last year they did get a top seed, but lost in the Elite 8 to Wisconsin.

Johnson has lived up to every bit of hype in his freshman season, and he's Arizona's most talented offensive player by far. He's supreme strength (6'7", 245 lbs.) and quickness allow him to attack the basket with ease, and is the biggest reason why he's shooting 45 percent on the season.

However, Johnson's an even better defensive player. He consistently locks down the opposition's best player and comes up with steals (1.5 per game) that often lead to points on the other end.

Arizona is one of the tallest and most athletic teams in the country, and they use that to their advantage on the defensive end. The Wildcats only allow 58.5 points per game and hold opponents to under 40 percent shooting from the field. They don't force many turnovers, but they use their length to force their opponents into tough shots.

Arizona is efficient around the rim because of their size, but are dreadful from the perimeter. No player shoots above 37.3 percent from long range, and no one in the starting lineup shoots above 35 percent. They can get past this deficiency against most teams because of their size, but they will run into problems against good defensive teams that force them to shoot.

Outlook:
Defense travels, and Arizona can rely on their defense to get them pretty far in the Tournament. However, last year they fell short of the Final Four because of their inability to shoot, and that may happen again.

Follow our Arizona Wildcats team page for all the latest Arizona news and rumors!