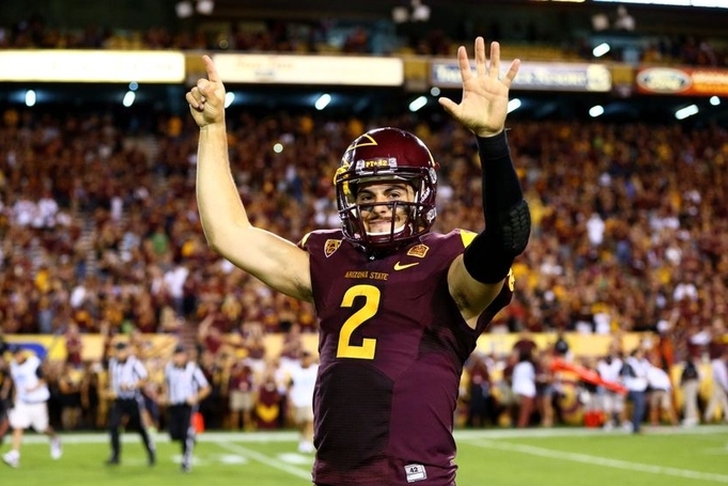 The Sun Devils (3-2) kept the #7 UCLA Bruins freshman QB sensation Josh Rosen in check all night for most of the night, handing him his first loss of the season in ASU's 38-23 road win.

Arizona State (3-2) struggled early and often to open the 2015 regular season, but it was their run defense which carried them out of the past and into the present on Saturday -- holding once-Heisman candidate Paul Perkins to 63 yards on 18 carries -- a yardage total inflated by a 29-yard scamper late. Rosen did throw for 280 yards and two TDs, but most of his damage came late as UCLA (4-1) attempted to sling their way back into things.

On the other side of the ball, Arizona State QB Mike Bercovici threw for a pair of touchdowns and ran for one more, keying the offense all night long in a protracted game of "keep-away" against a shellshocked Bruins team.

Now 1-1 in the conference, ASU's upper-tier bowl hopes and conference title aspirations are alive and well again. UCLA, conversely, heads home tonight out of the College Football Playoff picture (for now) and back in the Pac-12 pack looking up at the last two undefeated teams in the conference, Cal (5-0) and Utah (4-0).