Sun Devils Host #6 Oregon in Penultimate Game of the Season 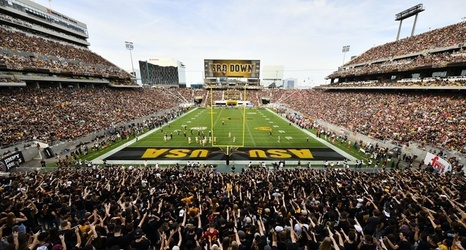 THE GAME - Sun Devil Football returns home for its penultimate game of the season against the sixth-ranked Oregon Ducks on Saturday, Nov. 23 at Sun Devil Stadium in Tempe. The contest is scheduled for a 5:30 p.m. AZT kickoff and will be nationally televised on ABC. Fans hoping to tune in over the airwaves can listen on ESPN Phoenix 620 AM.

THE OPPONENT - Oregon leads the all-time series against the Sun Devils, 20-17, a mark heavily influenced by the Ducks' 10-game winning streak over ASU from 2005-16. The Devils got the monkey off their back with a hard-fought win at Sun Devil Stadium in 2017 but Oregon defended home turf in Eugene despite ASU's late rally and a tough call on what was deemed a failed two-point conversion by officials.