Senior Day Up Next for @SunDevilHoops; Tips at 4:30 p.m. Saturday vs. Washington State 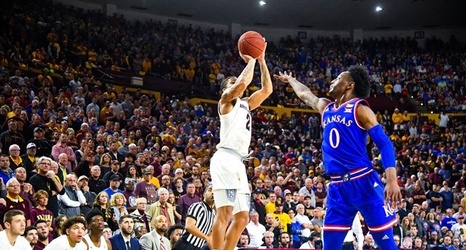 The Arizona State Sun Devil men's hoops team (19-11; 10-7) -- coming off back-to-back NCAA Tournaments for the first time since 1980-81 and the only Pac-12 team to make the NCAAs the past two seasons -- puts its 15-5 record after a loss the past two seasons to test with a home game vs. the Washington State Cougars on Saturday, March 7, at 4:30 p.m. on Pac-12 Network with Roxy Bernstein and Eddie House on the call. Seniors to be recognized include Rob Edwards, Mickey Mitchell and Grant Fogerty.

QUICK STATS: Prior to its past two NCAA appearances under Bobby Hurley, ASU had made the NCAA Tournament three times in previous 22 seasons (1996-2017), but the Sun Devils are making a run at a third straight for the first time since the early 1960s as it is 9-4 since Jan.