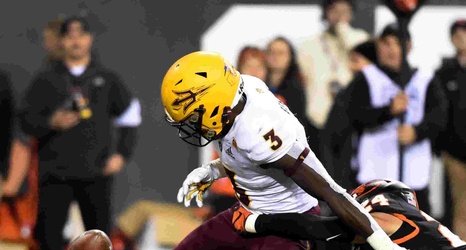 The Sun Devils will try to end their four-game losing streak against No. 6 Oregon this weekend. Brian Snyder, Arizona Republic

The minute fifth-year senior George Lea hobbled off the field in the first quarter of last week's game at Oregon State aided by two trainers, Roe Wilkins knew his time had come. Wilkins hasn't started but has been part of a regular rotation on the Arizona State defensive line.

The worst news on Lea was confirmed Monday by ASU coach Herm Edwards who said one of the most veteran players on the squad was indeed done with a season-ending knee injury, which will will require surgery.