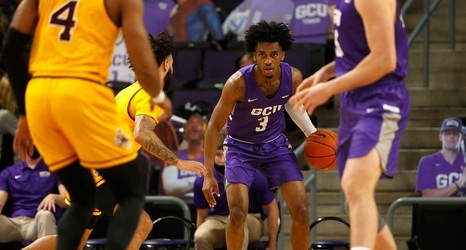 Back and forth they went, Arizona State's Remy Martin and Grand Canyon's Jovan Blacksher Jr.

In the end, Martin made his 3-point try and Blacksher watched his rim in and out, as ASU held on for a 71-70 victory that was a mid-afternoon classic at GCU Arena on Sunday.

Martin, who made just 3 of 8 shots and lackadaisically taking the ball downcourt near the end of the half had it stolen by Blacksher for an easy basket and a one-point GCU lead at the break, finished with 31 points.

Blacksher, who won four state championship rings at Phoenix Shadow Mountain, had an even better game than his college career best Friday in a win over Nevada.