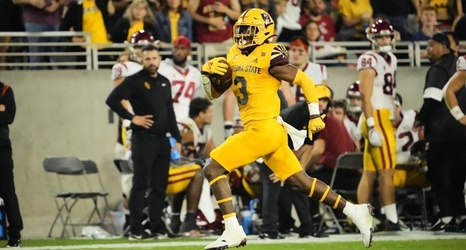 Rachaad White juked, hurdled, slipped and bullied his way past the Trojan defense en route to a career-best effort as the Sun Devils won 31-16 over USC on Saturday night at Sun Devil Stadium. The Trojans hardly had an answer for White, who erupted for 202 yards and three touchdowns on 28 carries. For his efforts, he was named the Pac-12 Offensive Player of the Week.

After collecting four Player of the Week awards a season ago despite playing in only four games, Sun Devil Football continues to add to their trophy case under Head Coach Herm Edwards.