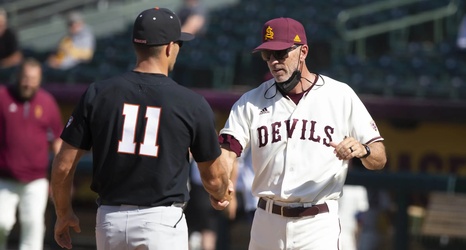 Tracy Smith thinks his team may have a slight advantage over the other three teams in the Austin Regional in at least one area.

The ability to weather the storm.

In a season that has thrown every bit of adversity at the young Arizona State squad, the Sun Devils battled to put together a 32-20 campaign and earn a postseason bid. This weekend, they’ll join Southern University and Fairfield University in the Austin regional, hosted by the No. 2 overall seed Texas Longhorns.