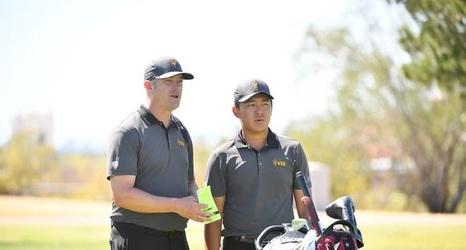 A preseason No. 1 ranking is nice but meaningless to Arizona State men's golf coach Matt Thurmond.

What matters is who is left standing June 2 when the NCAA Championships conclude at Grayhawk Golf Club in Scottsdale.

"We're not afraid to be ranked No. 1," Thurmond said in reference to a Golf Channel ranking this week. "It's nice to hype it up, but a ranking only means something after someone has actually done something."

The Sun Devils get that chance Sunday and Monday in a Ryder Cup-style competition against Arizona called the Copper Cup at Ak-Chin Southern Dunes Golf Club in Maricopa.