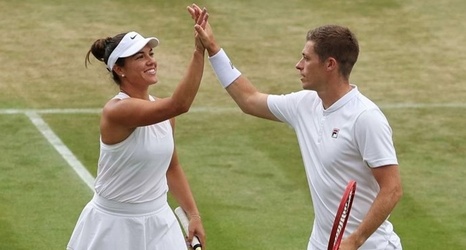 LONDON – Sun Devil alumna and three-time Grand Slam champion Desirae Krawczyk has advanced to the quarterfinals round of Women's Doubles and Mixed Doubles of Wimbledon.

Krawczyk and partner Neal Skupski, who teamed up to win the Mixed Doubles championship last summer, will square off against Jelena Ostapenko and Robert Farah on July 5.

In Women's doubles, Krawczyk and partner Danielle Collins have a matchup in the Round of 8 against Erin Routliffe and Alicja Rosolska.