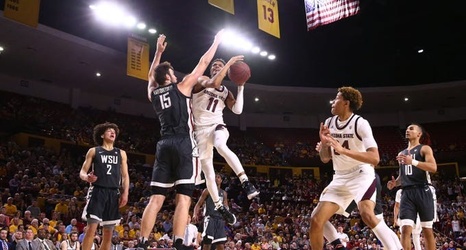 Arizona State basketball coach Bobby Hurley thought he was only going to have to replace two scholarship players since only two graduated. But he is going to have a very busy off-season after all.

In the last two weeks the Sun Devils have lost four players to the transfer portal, with junior Andre Allen becoming the latest, indicating he planned to do so Monday night. The 6-foot-9 forward made his announcement on social media several hours after junior Khalid Thomas also indicated he would do so.

Both Allen and Thomas were junior college transfers so they have just one more year.