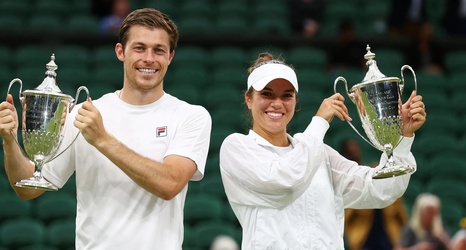 This is Krawczyk’s second straight mixed doubles Grand Slam win. Back in June, Krawczyk won with Salisbury, who she defeated on Sunday, at the French Open. Krawczyk has found continued success the past two years as she also reached the finals of the 2020 Doubles Tournament at the French Open.

Krawczyk graduated from Arizona State back in 2016.