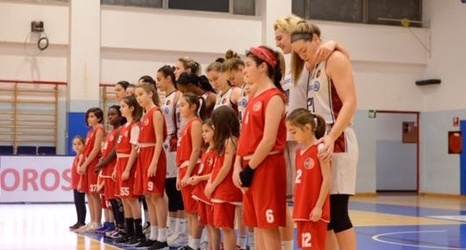 Sophie Brunner is in the early days of a two-week self quarantine after returning from Italy, where the former Arizona State women's basketball star now plays professionally.

Brunner returned to the U.S. late last week, flying from Milan to Munich, where a flight cancellation force an overnight stay, then to Chicago, where she spent some five hours going through customs at O'Hare International Airport.

"At that point, I was on two planes then when I got there (O'Hare) I was with thousands of people," Brunner said. "What's the point of even being worried because it'll be a miracle if I don't come out of here with at least something, even if that's a little cold.