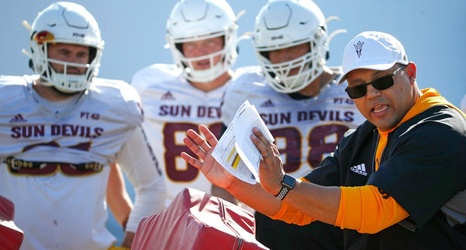 Smith, a 6-foot-1, 164-pounder, has three years of eligibility remaining and was no doubt looking for playing time, with sophomore Jayden Daniels having a firm grip on the ASU starter's job although Smith was a candidate for the backup role.

Smith first played for Arizona State in 2016 after starring as a quarterback at Phoenix Mountain Pointe High School.