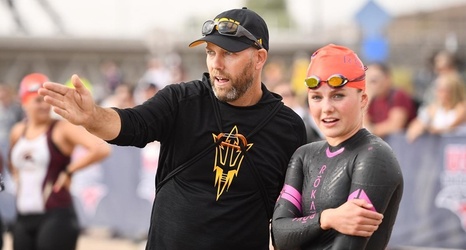 TEMPE, Ariz. – The College Triathlon Coaches Association announced that Sun Devil triathlon head coach Cliff English is the 2019 CTCA Division I Coach of the Year for the third year in a row. English has now taken the honor in every season since the award's inception in 2017.

"It is always an honor to receive recognition from my peers on the successes of the team and the role I play in it," English said.

The award, voted on by all Division I coaches, comes less than a month after English led his triathlon squad to their fourth-straight national championship in Tempe in November.