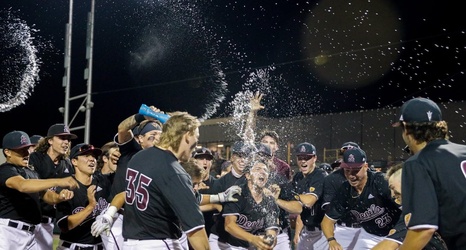 The Arizona State Athletic Hall of Famer and long-time major league star told Long that 12 homers in the last 12 games is cool but that he needs to get to 13 since Pedroia was in the house watching.

Long, a freshman designated hitter, responded with two-run homers in his first two at-bats and nearly a school record-tying third later. “I hit two tonight just for him to sort of rub it in his face for saying that,” he said.