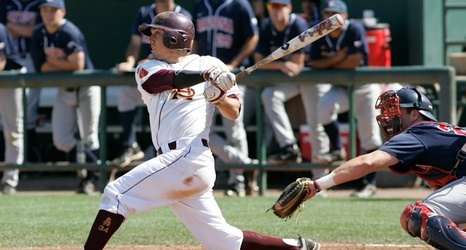 PHOENIX – Sun Devil Baseball alumnus Austin Barnes made history for the Los Angeles Dodgers on Tuesday as he helped lead his squad to its first World Series Championship since 1988.

Barnes was an instrumental part of the victory, earning the nod at catcher for the fourth time of the series. With Tampa Bay's Blake Snell absolutely dealing into the sixth inning, Barnes broke through with a base-hit single to center that chased Snell with the Dodgers trailing 1-0.

Barnes would move to third on a Mookie Betts double and score on a wild pitch to even the game at 1-1.