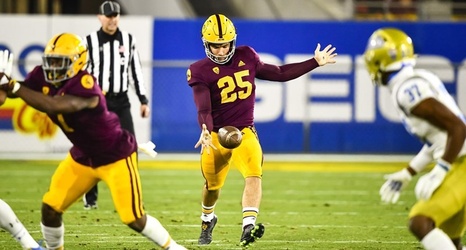 TEMPE, Ariz. – Arizona State punter Michael Turk was named to the CoSIDA Academic All-District® VIII First Team, according to an announcement by the College Sports Information Directors of America (CoSIDA) on Thursday.

Turk, who has been named to the Pac-12's Fall Honor Roll each of the last two seasons, has a 3.