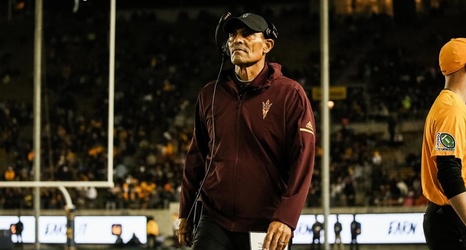 ATLANTA – For the second time in three weeks, Arizona State head football coach Herm Edwards has been selected as The Dodd Trophy Coach of the Week, officials from the Bobby Dodd Coach of the Year Foundation and Chick-fil-A Peach Bowl announced on Monday.

The Dodd Trophy Coach of the Week award honors a football coach who led his team to a significant victory during the previous week, while also embodying the award's three pillars of scholarship, leadership and integrity. Edwards led the Sun Devils to a 24-17 road upset of No. 15 Cal on Friday.