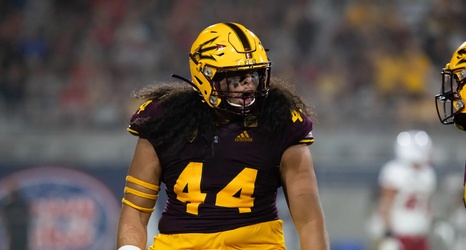 D.J. Davidson, Tyler Johnson and Shannon Foreman were all core pieces of that successful run defense that have clocked out of the program (at least playing-wise, as Foreman has rejoined the program as a graduate assistant).

Jermayne Lole, one of the highest-rated Sun Devil defenders, was tagged to step up post-injury and fill one of the tackle roles, but he transferred to Louisville citing NIL opportunities.

Even after all the turnover, defensive coordinator Donnie Henderson and defensive line coach Robert Rodriguez would say the defensive line is poised for a strong 2022 campaign.