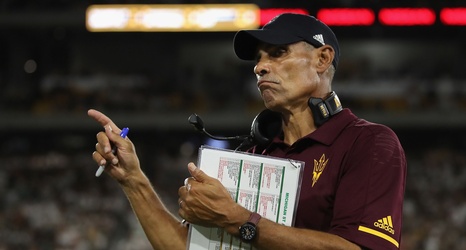 An early riser by nature, Arizona State coach Herm Edwards initiated Spring Practice almost a month before most Division 1 contemporaries. Like all daybreak endeavours, the decision was risky, but the second-year coach felt it was worth it.

Friday’s Maroon & Gold Practice was both the final Spring session and the first opportunity for this year’s team to play in Sun Devil Stadium.