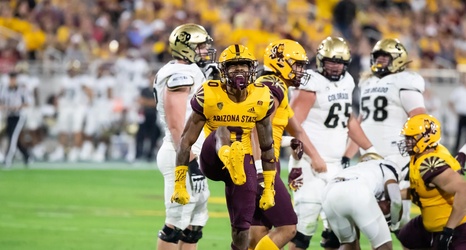 Few would argue with the preseason opinion that Arizona State’s most talented position group was the secondary. After four games, the running backs might have something to say, but the defensive backs have serious depth and pro-potential at cornerback, one of the sport’s most valuable positions.

By no means did Colorado come into Sun Devil Stadium with an intimidating air attack (Daniel Arias led all Buffaloes with 45 yards receiving before the game). But Antonio Pierce’s secondary gave Colorado receivers a hard time from the first snap.

The defensive backs found themselves under a spotlight in the pregame with the absence of their two best players.