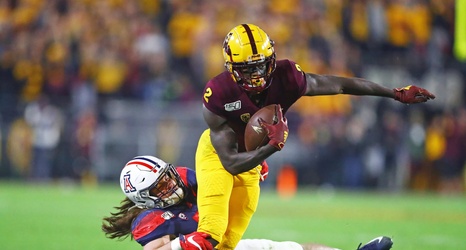 On Tuesday the Pac-12 conference announced its All-Conference Teams. Through the first two teams and honorable mentions 11 different Sun Devils made the list.

Wide receiver Brandon Aiyuk made the first team as a receiver and return specialist. Aiyuk’s 1192 yards through the air placed him second in the conference. He also averaged over 31 yards per kickoff return and his 63-yard punt return touchdown against Oregon State highlighted his abilities.

Despite some considering his junior campaign as a “down” year, Eno Benjamin was selected for the first team at running back. Benjamin’s 1083 yards, 10 touchdowns and 90.