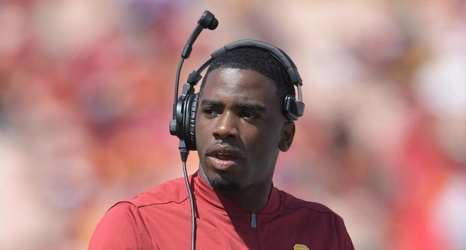 A day after Rob Likens, Donnie Yantis, and Charlie Fisher not being retained, Arizona State and head coach Herm Edwards made an addition to his offensive regime.

The Sun Devils are bringing in former Oregon offensive analyst Prentice Gill to Tempe. His position has yet to be named, but it’s plausible that he becomes the program’s new wide receivers coach.

Gill is originally from Los Angeles and played his high school football in Southern California. At ASU, he will look to add to the Sun Devils’ already flourishing recruiting base in the southern part of the Golden State.