ASU Football: Stretching the field against the Ducks 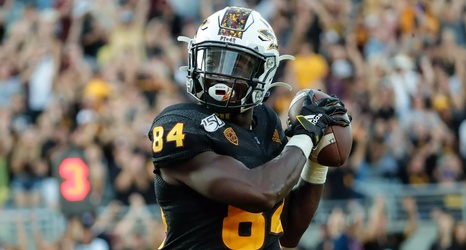 It was always hard to imagine Eno Benjamin was going to replicate his breakout sophomore season. Defenses were always going to force the Sun Devils to beat them through the air with a freshman quarterback at the helm.

For the most part this season, Jayden Daniels has done well enough to help win games for his team. Although, a lot of that wasn’t taking deep shots down the field. After the loss to Oregon State, head coach Herm Edwards displayed the importance of attacking downfield.

“They’re going to put eight guys into the box and try and challenge us,” Edwards said.