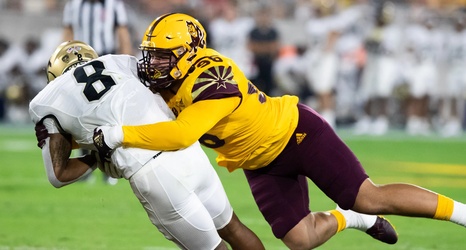 Arizona State made a concerted effort to be on its best behavior Saturday night. The Sun Devils have washed the taste of soap out of their mouths, emerged from their timeout, and are ready to show the world that they can play a buttoned up, nearly penalty-free game of football. For most of the night, they did just that.

In a 35-13 victory over Colorado in Tempe, ASU was flagged seven times. The majority of these fouls occurred on special teams. A problem sure, but to keep the offensive and defensive units mostly clean is a big step in the right direction for Herm Edwards and his staff.