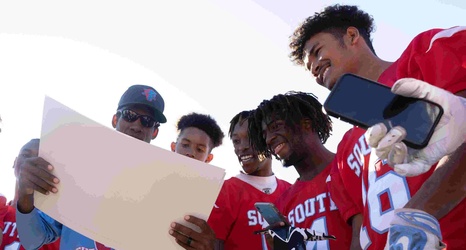 The Arizona State football program has landed its sixth commitment for the class of 2021 as Garrett Gillette of Mukwonago, Wisconsin announced on social media he plans on joining the Sun Devils.

The 6-foot-5, 215-pound tight end is a three-star prospect, ranked 62nd by position nationally and the No. 8 prospect out of his state by 247Sports.

He had 13 offers with ASU being the first out of the Pac-12. Among the others were Michigan State, Iowa State and Central Florida.

Gillette helped his team to a 7-4 mark as a junior in 2019. The Indians won a first round Division I WIAA playoff game and were eliminated in the second round with a 17-7 loss to Muskego.