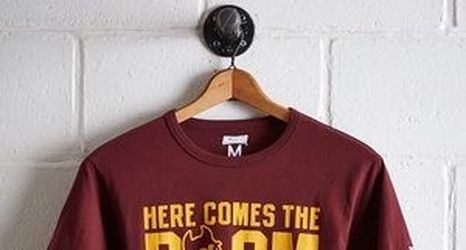 They transferred to ASU together, played on the scout team together, graduated together and lived together for a year and a half. ASU wide receivers John Humphrey and Ryan Newsome are brothers, not by blood, but by a bond that dates back to 2016.

Humphrey had transferred in from Oklahoma while Newsome had come in from Texas. Both had to sit out the season due to NCAA rules but, thankfully for them, got to share the same experience together.

“We really grew closer to each other,” Newsome said. “All we pretty much had was each other given our situation.