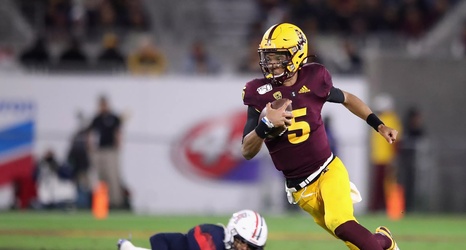 Arizona State sophomore quarterback Jayden Daniels has been named to the Davey O’Brien Award Watch List, which is an honor that goes out to the nation’s best college quarterback.

Daniels was one of 30 quarterbacks on the list, and the award is the most prestigious national quarterback award.

In his freshman campaign, Daniels started in all but one game, compiling 2,943 yards and 17 touchdowns. Daniels only had two interceptions, which marked the lowest total in school history by a Sun Devil quarterback with 300 or more attempts.

At the end of the season, the ASU signal-caller was named an ESPN Freshman All-American.