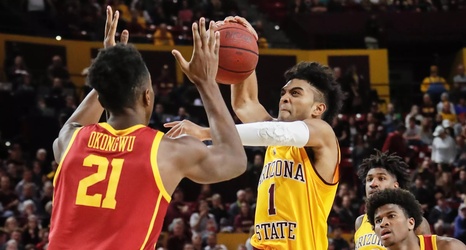 Plus/minus is far from the perfect stat, but at its core, its main function is to illuminate the game’s most impactful players. By simply charting the net scoring differential of each player’s time on the court, one could reasonably assume who provided the most positive or negative value for their team.

So it should come as some surprise that ASU’s leader in plus/minus in Saturday’s 66-64 come from behind victory over USC was not Remy Martin, who’s rim-rattling pull up jumper with 19 seconds ended up deciding the game for the Sun Devils; nor was it the team’s second leading scorer Alonzo Verge Jr.