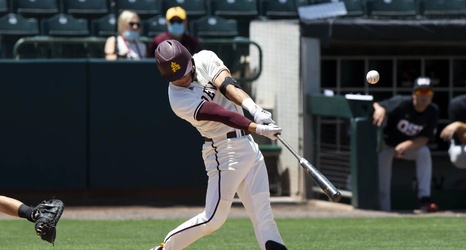 ASU claimed a 1-0 lead in the top of the third off an RBI single from Sean McLain, but it was short-lived when the Trojans scored on a sacrifice fly in the third and back-to-back hits in the fifth to take the 2-1 advantage.

The sixth-inning surge started with a rally of singles, including an RBI from Jack Moss. Then with two runners on, freshman catcher Nate Baez crushed a homer to give ASU the lead back.