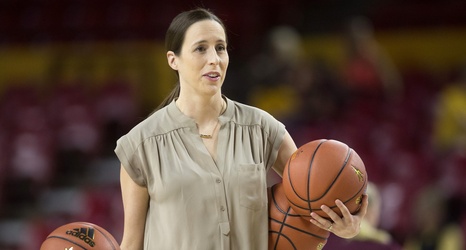 Angie Nelp is returning to her home state.

Nelp, an assistant under Charli Turner Thorne at Arizona State the last four years, has accepted the head job at Tulsa. The move was announced on Monday with her formal introduction coming Tuesday. She is the 11th head coach in Tulsa women's basketball history.

Nelp (formerly Angie Gorton) returns to her native Oklahoma, where she finished her senior season as the 1998 Oklahoma Gatorade Player of the Year at Canadian High School. She is a native of Eufaula, leading Canadian to the 1998 Oklahoma State Championship while earning state tournament MVP honors.