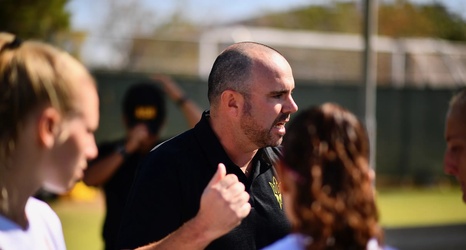 Arizona State soccer has made its first NCAA Tournament since 2014 and first under head coach Graham Winkworth. The Sun Devils finished sixth in the Pac-12 standings behind a 8-5-2 record.

The Sun Devils had their best season under Winkworth headlined by wins over USC, UCLA and Stanford. However, Arizona State had lost its last three games of the regular season and its RPI had fallen to 68 before the selection show on Monday.

Nevertheless, Winkworth was confident that his team would be picked despite this year’s spring tournament only having 19 at-large bids. Arizona State was the lone team to defeat UCLA, the third-seed in the bracket, this season and also beat the tournament’s eight-seed USC.