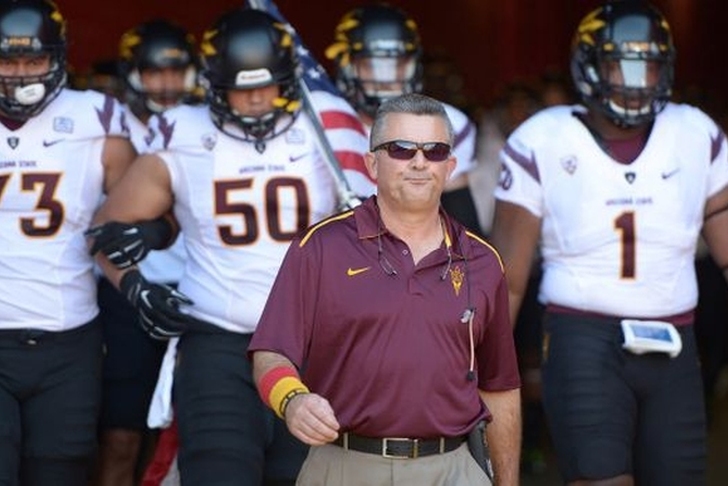 The Arizona State Sun Devils nearly won the Pac-12 South last season, but with a majority of their starters returning, they are gonig to be competitive for the conference title again in 2015. However, we're going to take it one step further. Here are four reasons why the Sun Devils are guaranteed to make the College Football Playoff this season:

A true dual-threat back, what DJ Foster lacks in true NFL size he more than makes up for with his great hands and instincts out of ASU's backfield. Foster led the conference's halfbacks with 60 receptions for 646 yards and three touchdowns in 2014, along with rushing for over 1,000 as well. If Foster adds some bulk in the weight room during his senior year, he'll likely turn a successful final collegiate campaign into increased draft stock for 2016.

Bercovici started three games last season for the injured Taylor Kelly and absolutely shredded opposing defenses, passing for 1,355 yards, nine touchdowns, and two interceptions in those three games. If he can put up a fraction of those numbers for a full season, he'll put up Heisman type numbers while leading the Sun Devils to a LOT of wins.

Oregon has been the Pac-12 heavyweight for the past few seasons, but now that Marcus Mariota is in the NFL, they're expected to take a step back this year. UCLA won't be as good with a new starting quarterback, USC has a difficult schedule, Arizona is overrated, and Stanford isn't the team they once were following their 8-5 campaign last season. That creates the perfect opportunity for Arizona State.

Graham took over a 6-7 Arizona State team after the 2011 season, and has immediately turned them into legitimate title contenders. The Sun Devils are coming off of two straight 10 win seasons, and it's only a matter of until this program takes the next step. Now that he has a roster full of his players, this year appears to be that year.