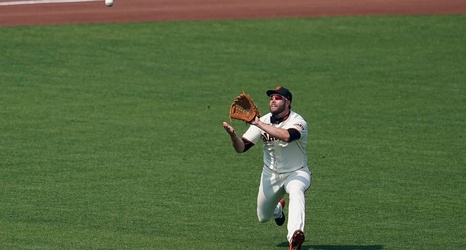 To paraphrase Wyatt Mathisen, baseball sucks, but he still loves it.

Mathisen, 26, is a rookie infielder for the Diamondbacks. He was brought to the big leagues on Sunday and given his first career start in Monday evening’s series finale in San Francisco.

It took what he called a “long, weird journey” to get to the majors. He spent eight years in the minors -- and it would have been nine had this year’s minor league season not been canceled by the pandemic. He admitted there were times he questioned if he would ever get the call.