The Diamondbacks and the wonder of 1-0 wins 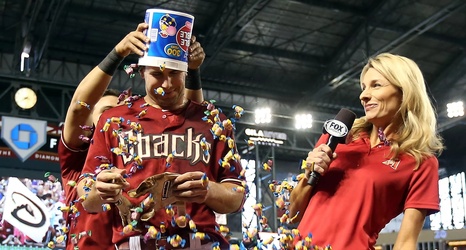 One of the joys of baseball is that, in any game, you may see something which has never happened before. Such was the case at Chase Field tonight, where the Diamondbacks squeaked out a 1-0 victory over the Cincinnati Reds. According to Elias Sports, Arizona are the first team to win a regulation length game in the modern era (since at least the 19th century), with just a single base-runner. Nick Ahmed’s hustle triple - to left-field, a rarity in itself - proved to be the difference maker, as he came home with the game’s only run, on a Jarrod Dyson sacrifice fly.