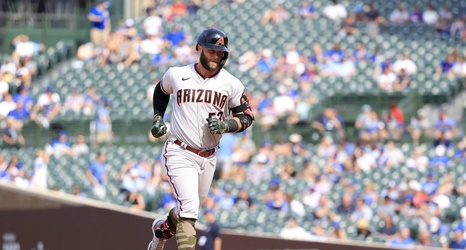 Diamondbacks 10, Chicago 6
Arizona took advantage of the wind blowing out at Wrigley on Friday, hitting a combined seven home runs on the evening. Josh Rojas led the way with three dongs. Chicago hit four long balls of their own, but the AZ bullpen had enough in the tank to preserve the win.

Josh Rojas Leads Way in HR Derby Game
Josh Rojas entered the game Friday not having hit a HR yet this season. By the seventh inning, he had three. David Peralta added two of his own, while Christian Walker and Alek Thomas contributed one each.