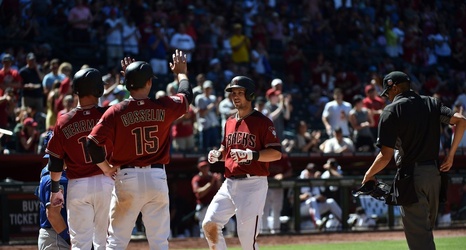 What’s there to say about this one. Last night’s outing against the Nationals will go down as one of the three to five worst home losses in the history of the franchise.

The carnage of last night’s game began with the first batter. Trea Turner led off the game with a 443-foot bomb to give the Nationals a quick 1-0 lead. Washington continued to pile on against emergency starter Riley Smith, posting a six-spot in the opening frame. Things only went downhill from there. The one “highlight” of the night might be that David Peralta made his MLB pitching debut.