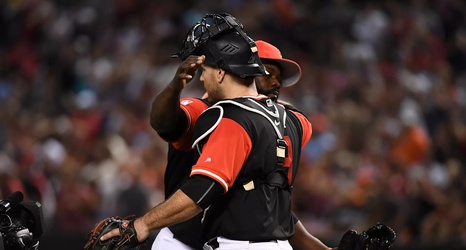 The third-base quiz proved to be a real stumper, with the average score coming in at a mere 30%. Nobody got all 35 starters at the position in the 2010’s, and fewer than 10% managed even to get past the teens and into the twenties. Unsurprisingly, Jake Lamb was the most well-remembered player at the hot corner, listed by all but six of the 194 people who took the challenge. Eduardo Escobar was also north of 90%, and impressively, almost 60% of you correctly recalled that Ketel Marte did make one start at third-base, on Independence Day 2017. Not stabbing in the dark there at all, I’m sure.