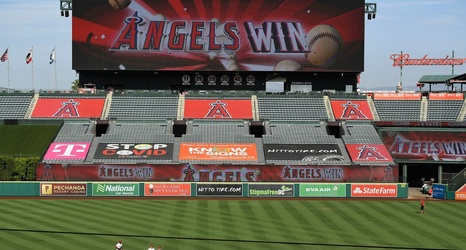 David Fletcher and Taylor Ward had three hits apiece for the Angels, who jumped to a 6-0 lead in the third inning and pounded out 14 hits on the way to their ninth win in 14 games. Jared Walsh also extended his Angels franchise record by scoring a run and driving in a run in his ninth consecutive game.

Griffin Canning (1-3) finally got a win in his 10th start of the season for the Angels, throwing five innings of six-hit ball with seven strikeouts.